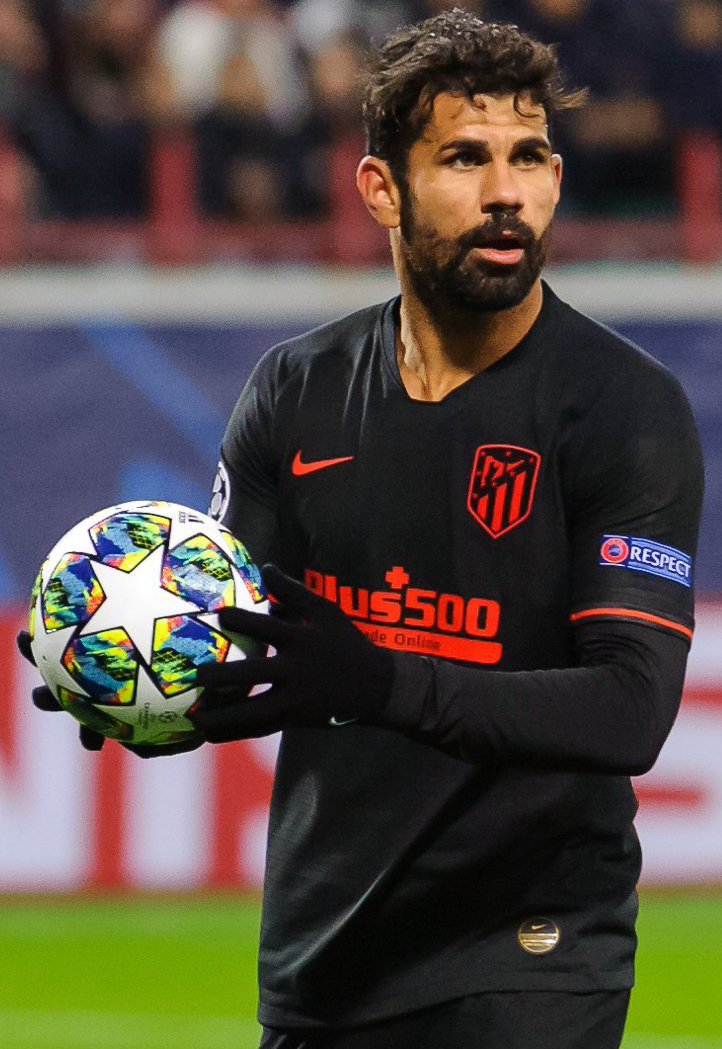 Costa began his football career in his native Brazil before joining Braga in Portugal in 2006, aged 17. He never played for the club but spent time on loan at Penafiel, and signed with Atlético Madrid the following year. Over the next two seasons he had loan periods with Braga, Celta Vigo and Albacete. His form earned him a move to fellow La Liga club Real Valladolid in 2009, where he spent one season, finishing as their top goalscorer, before returning to Atlético Madrid. Costa struggled to maintain a regular starting role with Atlético, and spent more time on loan, this time at Rayo Vallecano, where he finished as the club's highest scorer that season.

In 2011 Costa returned to Atlético with a greater role. He blossomed as a goalscorer, and helped the team win a La Liga title, a Copa del Rey title, and a UEFA Super Cup. His performances attracted the attention of several big clubs, and in 2014 Costa was transferred to Premier League club Chelsea in a deal worth €35 million (£32 million). In London, Costa won three trophies, including two Premier League titles, and a League Cup. In 2018, following a rift with head coach Antonio Conte, Costa returned to Atlético Madrid in a club record transfer worth an initial €56 million, where he won a UEFA Europa League title and another UEFA Super Cup.

Costa is a dual citizen of Brazil and Spain. He played twice for Brazil in 2013, before declaring his desire to represent Spain, having been granted Spanish citizenship in September that year. He made his debut for Spain in March 2014, and has since won 24 caps and scored 10 goals, and has represented them at the 2014 and 2018 FIFA World Cups.